28 January 2022, London, UK: pladis, the global snacking company behind some of the UK’s most loved and iconic brands, has announced that McVitie’s will be the lead sponsor of ITV entertainment show, Britain’s Got Talent, when it returns to screens this spring.

The partnership has inspired, and will play a starring role in, McVitie’s exciting new ‘Golden Moments’ campaign, which launched earlier this week. To mark the launch of Britain’s Got Talent’s 15th season, McVitie’s favourites, including McVitie’s Chocolate Digestives and McVitie’s Jaffa Cakes, will appear in product idents during every ad break. These will showcase a variety of fun ‘golden moments’, inspired by memorable moments from the show and will focus on the novel ways that people can share McVitie’s.

In addition, McVitie’s will be airing a 20” TV spot that dramatises the feeling of being rewarded with the show’s elusive Golden Buzzer, linking to an on-pack promotion. Meanwhile, 34 best-selling products in the McVitie’s range will benefit from a Britain’s Got Talent-themed pack update.

Chief Marketing Officer at pladis UK&I, Caroline Hipperson, said: “We’re incredibly excited about McVitie’s becoming headline sponsor of Britain’s Got Talent in 2022, particularly as this is the biggest ever sponsorship in the brand’s history.

Year after year, Britain’s Got Talent delivers must-watch moments of fun and positivity that bring us all together and just have to be shared. It’s these moments of togetherness that make the partnership between these two distinguished British brands the perfect fit.

With more than nine million viewers, Britain’s Got Talent offers us an incredible platform to drive brand visibility and make sure McVitie’s gets added to even more shopping lists.

What’s more, throughout the campaign, we’ll be creating memorable, Golden Moments of fun for consumers across all touchpoints, whether that’s on their screens or in-store, all helping the McVitie’s brand mean even more to consumers across the UK.” 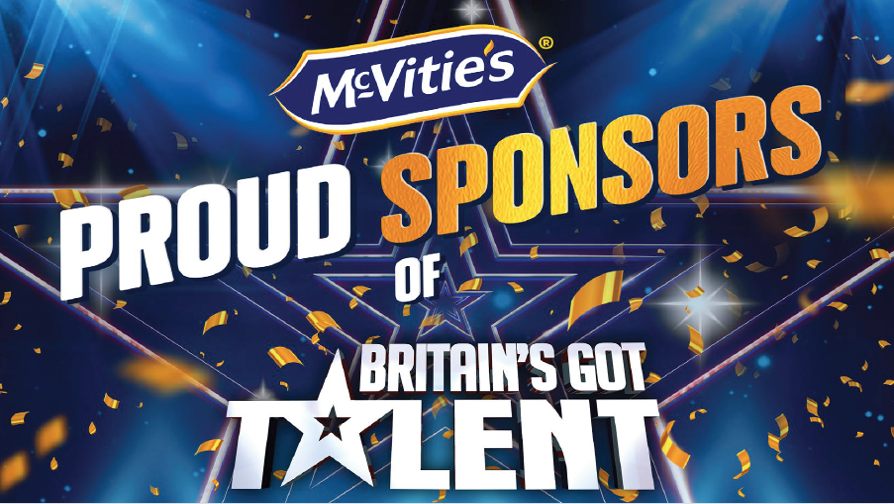