10 June 2022, London, UK: McVitie’s has enjoyed an association with the Royal Family for almost two centuries, providing cakes for many Royal occasions, welcoming Royal visitors to their bakeries and producing commemorative biscuit tins.

As a Royal Warrant holder, McVitie’s has a long-standing history of baking celebration cakes for the Royal Household. With 182 years of British baking and confectionary heritage McVitie’s was involved in the creation of wedding cakes for Princess Mary of Teck and The Duke of York (later Queen Mary and King George V), Princess Marina and The Duke of Kent and the seven-tiered wedding cake served at Queen Elizabeth II and Prince Philip’s wedding in 1947, the top tier of which was used as the Christening cake for Prince Charles in 1948. This tradition continued through many generations of Royal cakes.

To continue with tradition, and because there is no better way to celebrate than with cake, McVitie’s has been honoured to mark The Queen’s Platinum Jubilee with a commemorative cake as a gift for Her Majesty Queen Elizabeth II.

The traditional fruit cake has been made with 360 of Britain’s finest free-range eggs, 26.5kg of flour and 15kg sugar and has taken five bakers over 1,000 hours to create using a recipe inspired by previous recipes for royal cakes made by McVitie’s.

The cake design draws on inspiration from The Queen’s Green Canopy project, a tree planting initiative created to mark Her Majesty’s Platinum Jubilee. Symbolising ‘The Tree of Life’ each of the five unique tiers feature flowers native to the United Kingdom representing floral changes from winter to summer and taking us on a seasonal journey as the tiers ascend.

Alongside the ornate, hand-made flowers and foliage that embellishes each tier, moulded cameos of The Queen throughout her 70-year reign will feature on the bottom tier, like those we’re used to seeing on pound coins. This will sit upon a base which sculpture Philip Walker, trained through The Queen Elizabeth Scholarship Trust, has hand-carved out of English Walnut to emulate the root system of a tree.

The tier above includes intricate, hand drawn images of the UK and Scottish Royal Arms, the Welsh Badge and the Garter Star shown on each side.

Moving up to the middle of the cake, the third tier incorporates the direct line of succession to The Queen surrounded by an elegant, piped branch-like border.

The penultimate layer shows the recognisable, official Platinum Jubilee logo in both English and Welsh, with the top layer piped with the celebratory number ‘70’ piped in platinum effect, surrounded by The Queen’s favourite flower, Lily of the Valley.

Finally, a fellow member of The Queen Elizabeth Scholarship Trust, silversmith Ryan McClean, has created a silver tree shaped topper, holding up a crown, that will sit on top of the cake.

The cake has been carefully baked and crafted by a team of bakers and prize-winning cake and sugar designers. The McVitie’s baking team is made up of lead product design manager Billy Kilvington and product design technologist Eve Goldspink, with over 25 years’ experience between them. The lead design team is made up of Lead Cake Designer, Annie Relph, who trained under royal cake decorator Eddie Spence MBE. Alongside leading royal icing expert Christine Flinn and flower team headed by world-leading sugar flower maker Alan Dunn, alongside expert flower maker and sugar crafter Rhianydd Webb, supported by Sue McMahon. 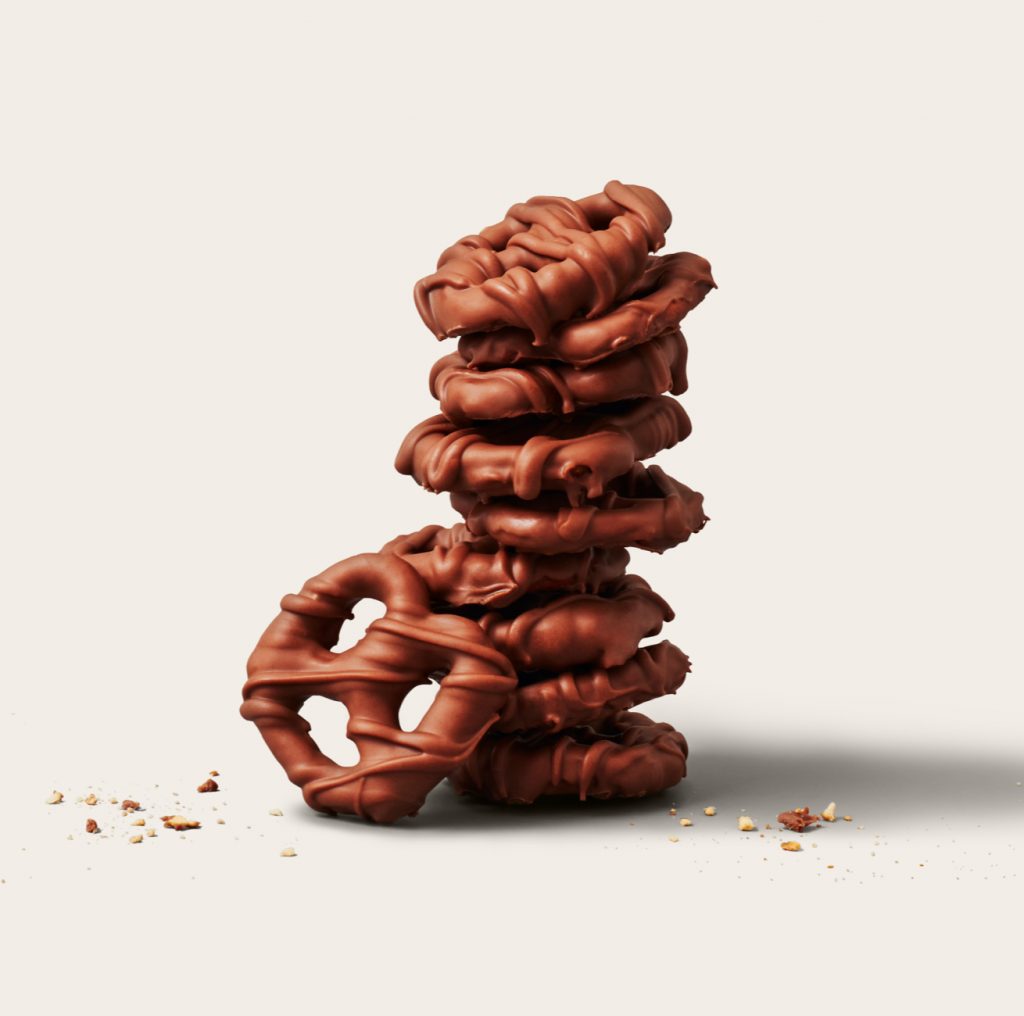